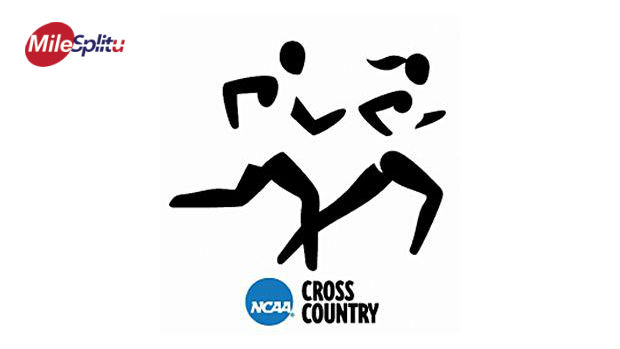 So, what can fans expect this weekend?

Men:
Four teams from the Midwest Regional enter this week's competition ranked in the USTFCCCA Top 30, including the nation's  best team in Oklahoma State. Oklahoma State with Oklahoma (8), Tulsa (19), and Kansas (29) will battle it out on Friday for a chance to qualify for nationals. Oklahoma State is the clear favorite in this contest. The Cowboys captured their fifth-straight Big 12 Conference Title on October 27, led by Grima Mecheso who finished second in 23 minutes, 58 seconds. Shadrack Kipchirchir (third  - 23.58.5), Tom Farrell (fourth - 24:00), Kirubel Erassa (seventh - 24:06), and Shane Moskowitz (eighth - 24:06) were also in the top 10 for the Cowboys.

Women:
For the women, three nationally-ranked teams headline the fields including Iowa State (2), Oklahoma State (21), Minnesota (28). Iowa State, who is coming off a Big 12 Championship title from October 27, is the favorite out the Midwest. Betsy Saina and Meaghan Nelson raced 1-2 for the Cyclone women. Saina completed the course in 20:06, while Nelson clocked in at 20:10. Iowa State defeated Oklahoma State with ease in the final team standings, 34-81.

Men:
On the men's side, three teams entered the competition ranked in the USTFCCCA. Texas leads the three teams at No.5, while Arkansas comes in at No. 10 and Texas A&M at No. 29. Texas heads into this week's competition after posting a second-place finish at the Big 12 Championships on October 27. In that meet, the Longhorns placed four in the top 20, led by a sixth-place finish from Ryan Dohner (24:07). The Razorbacks stay at home this week to host the South Central Regional. Arkansas is coming off the SEC Championship, where they won their third-straight league crown and their program's 20th title overall. Arkansas ran to a 2-3-4 finish in Solomon Haile, Eric Fernandez, Kemoy Campbell.

Women:
No. 12 Arkansas and No. 22 Texas headline the field of 22 teams for this weekend's meet. Arkansas placed second at the SEC Championshipss behind the efforts of a pair of top-10 performances. The Razorbacks harriers were led by a fifth-place finish from Grace Heymsfield and  a 10th-place finish by Andrina Schlaepfer. Heymsfield completed the course in 20:39, while Schlarpfer raced to 21:25. The Texas women earned a third-place finish at the Big 12 Championships.

NCAA Mountain Regional - Friday, Nov. 9, 2012 - Collindale Golf Course: Fort Collins, Colo.
Fort Collins is scheduled to host the Mountain Regional Cross Country Championships on Friday. The competition will get  underway at noon with the women's race, while the  men's race will follow at 1:15 p.m. Competition will be held at the Collindale Golf Course.

Men:
No. 2 Colorado leads one of four teams who are ranked in the USTFCCCA Top 30. The other three teams include BYU (7), New Mexico (16) and North Arizona (18).  Colorado won its program second-straight PAC 12 Conference Championships on October 27. The Buffs placed three runners in the top 10 in Blake Theroux (7th), Jake Hurysz (eighth-23:41) and Hugh Dowdy (ninth - 23:42 ). Therouz posted the fastest time of the three Buffs with a 23:40. BYU placed second at the West Coast Conference Championships, led by a first-place finish from Jared Ward (23:42).

Women:
Weber State, New Mexico, and Colorado are the top three teams entered on the women's side. Weber State enters this Friday's competition at No. 13 in the USTFCCCA national rankings, while New Mexico ranks in at 1No. 7 and Colorado at No. 24. Weber State repeated as Big Sky Conference Champions on October 27. The Wildcats were led by Amber Henry (16:59), who won her second-straight individual conference title.

NCAA Northeast Regional - Friday, Nov. 9, 2012 - Hammonasset Beach State Park: Madison, Conn.
Madison, Connecticut is scheduled to host the Northeast  Regional Cross Country Championships on Friday. The competition will get  underway at noon with the women's race, while the  men's race will follow at 1:15 p.m. Competition will be held at the Hammonasset Beach State Park Course.

Men:
The men's side features No. 4 Iona, No 14 Syracuse and No. 22 Columbia. Iona is the clear favorite out of the Northeast Regional. The Gaels enter this Friday's contest after an unprecedented performance at their conference meet.  The Iona men won their 22nd straight Metro Atlantic Conference Championship on October 27. Mitch Goose led the Gales, winning the individual crown with a 24:08 clocking. Fellow teammate Matthew Gillespie finished behind Goose at 24:21, while Daniel Corley came in third at 24:26, for the Gales.

Women:
No. 8 Cornell heads into this Friday's competition after winning their second-consecutive Heptagonal Championships on October 27. Cornell was led by Katie Keller  (20:28.5) who placed first. Fellow teammates Emily Shearer and Rachel Sorna finished second and third with times of 20:30 and 20:31, respectively. Other nationally-ranked teams in this region include No. 16 UConn and No. 20 Providence.

Men:
The South Regional race on the men's side will be close. No. 23 Florida State and No. 26 Georgia are co-favorites out of this region. The FSU men took third at the ACC Championships behind Virginia and Virginia Tech. Brandon O Neill led the Seminoles with a second-place finish in 23:42. Georgia tied the best finish in school history at a conference meet with a second-place finish at the SEC Championships. Matt Clever (24:21) led the Dogs with a fifth-place finish.

Women:
Friday's South Regional Championships will be a race for second. No.1 Florida  State is the clear favorite and will be on their home course in Tallahassee. Look for the Seminole nation to advance with ease. The FSU women won their fifth-consecutive ACC title on October 27. Violah Lagat led the Seminoles with a first-place finish in 20:00. Collen Quigley (20:17) and Kayleigh Tyerman (20:20) placed fourth and fifth, respectively. Florida State's in-state rival in UF ranks No. 14 coming into this week's contest.