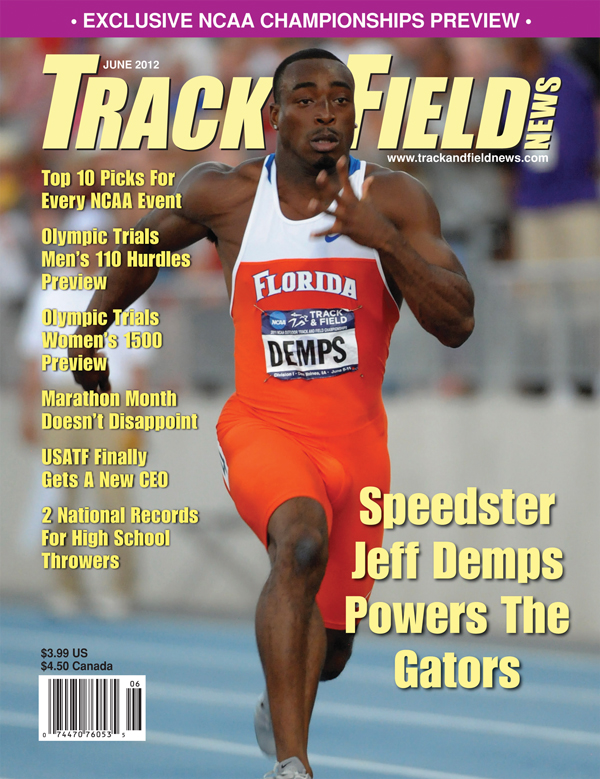 Florida sprinter Jeff Demps is featured on the cover of June's Track and Field News magazine. The issue recaps Demps' individual title at the NCAA Indoor meet and Florida's team crown. Demps won his third-consecutive 60 meter title in March while helping the Florida men 3-PEAT as indoor national champions. Demps, a 6-time All-American, is no stranger to appearing on magazine covers. He was featured on the cover of Phil Steele's 2011 College Football Preview Guide, after starring as a running back for the Gators last fall. Steele's magazine is the most accurate preseason magazine for college football to date. Demps and the Florida men's track team will be in action on May 10-13 when they travel to Baton Rouge to defend their SEC outdoor crown.