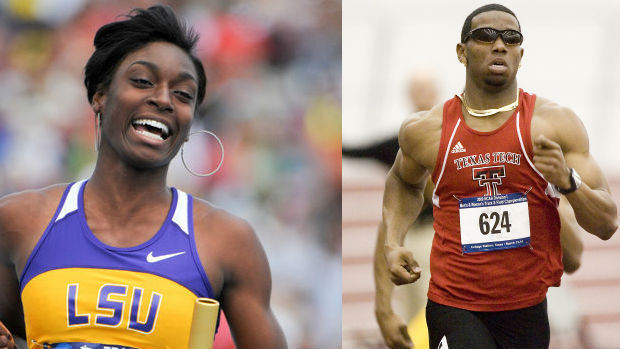 LSU junior Kimberlyn Duncan and Texas Tech senior Gil Roberts have been named the MileSplit U National Performers of the Week.

Duncan posted the country's fastest time in the 200 at 22.75 in the Samford Multi and Invitational. She edged out Adidas' Gloria Asumnu (23.13) and fellow teammate Semoy Hackett (23.32) in the win. Duncan's time was an Olympic 'A' standard performance.

Roberts won the 400 at the Red Raider Open. The five-time All-American and indoor 4x400 world champion ran a collegiate leader of 44.93 for the lap. Roberts got the win over Nike's Kevin Borlee (45.33), earning the Olympic 'A' standard in the process.