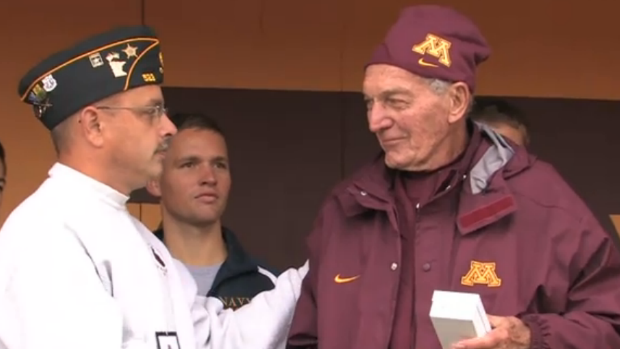 A good weekend of cross country is on tap, with a number of prestigious meets around the U.S. including the Roy Griak Invitational, hosted by the University of Minnesota. This year's event is the MileSplit U Meet of the Week.

Now in its 27th year, the Roy Griak Invitational is one of the largest cross country meets held annually throughout the United States. The meet consist of six college races and four high school races.

The Roy Griak Invitational is named after legendary Minnesota Gopher head coach Roy Griak. Coach Griak retired from coaching in 1966. In 33 years of coaching at Minnesota, he coached three national champions and 47 All-Americans in both cross country and track & field.

Last year in the men's gold race, NC State captured the top team honors in part of a second-place finish by senior Ryan Hill (23:45, 8K). Portland men placed second behind State in the final team standings with Trevor Dunbar leading his team with a six-place finish in 23:58. Arizona's Law Lalang won the event in a course record of 23.15.5.

In the women's race, Deborah Maier led California to a first-place finish in the final standings with her 6K win in 20:30. Iowa State was second in the team standings, thanks to an eighth-place finish by Dani Stack in 20:57.

More on the Course