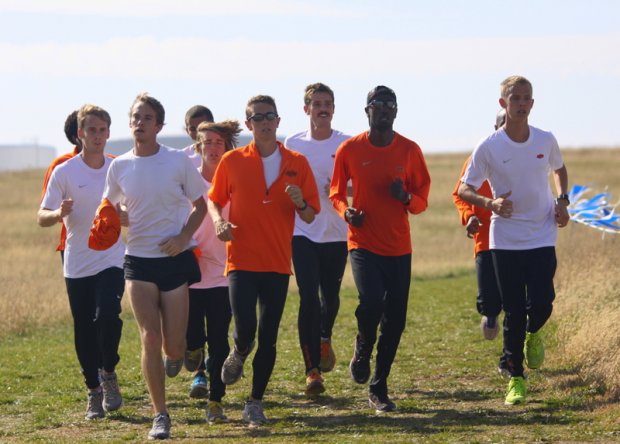 We caught up with Oklahoma State head cross country coach Dave Smith for a quick Q&A session. Smith recaps the Oklahoma State harriers performance from the NCAA Midwest Regional meet and previews this week's NCAA Championship meet where his men's team is the favorite for the title.

MileSplit U: Your team is coming off a strong Midwest NCAA Regional meet in which your men's team tied for first place with Oklahoma and the women's team placed second. How do you feel about your team's performance?

Coach Smith:  I was very pleased with both teams as both had to overcome some adversity during their respective races but held on to

garner the automatic bids to nationals.  On the women’s side, Victoria Hanna was running as our number three with 400m to go and looked good going by me at that point.  However, it was a hot windy day on a very tough course and with less than 100m to go in the race she started to wobble and her world came crashing down pretty quickly.  She went down, got up struggled forward a few more steps, went down again and then couldn’t get up.  Fortunately, the rest of the women ran well enough to cover for her…but not by much!  Kate Kujawa beat a girl by less than half a second. Had Kate lost that battle, we would not be going to Louisville!  Similarly, on the men’s side we rested two of our top 5 in Shadrack Kipchirchir and Kirubel Erassa but were still in good shape with 400m to go in the race.  Then, lightning struck a second time and Fabian Clarkson who was running as our 5th and about 12th overall, really got into trouble in that final straight. He also started to wobble but stayed on his feet to finish.  He faded to 29th place, though and finished as our 7th runner.  Again, the rest of the guys ran well enough to cover but again it was really close.  Shane Moskowitz beat two Tulsa guys by less than a second.  If he doesn’t hold those two off, the men wouldn’t be running this weekend.

MileSplit U: Did any individual stand out to you in particular?

Coach Smith:  As mentioned above I think Shane Moskowitz and Kate Kujawa won some really tight battles that proved critical.  So did Tom Farrell.  Brian Gohlke ran a pretty good race and came through to cover when Fabian struggled, as did Caileigh Glenn on the  women’s side. 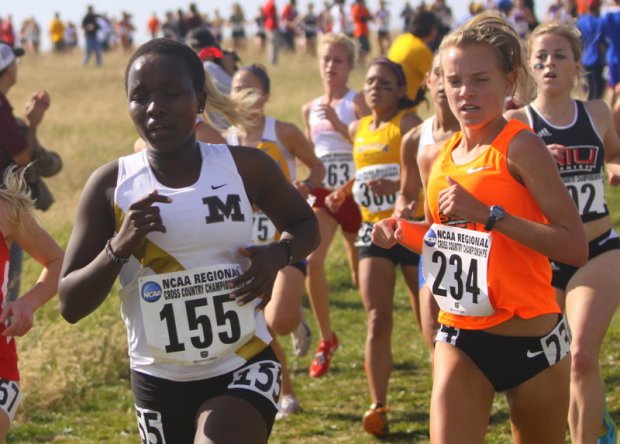 MileSplit U: What's been the difference this year for your teams this season versus last season?

Coach Smith: On the men’s side, we are hungry again.  Last year stung pretty badly.  We are training and racing with a chip on our shoulder, like we did in previous years.  We are running like we have something to prove, training and racing a little angry—that’s a good thing.  On the women’s side we are more confident and are attacking races like we belong and that is a big step forward for our program.  We aren’t the program we want to be yet but we are getting there.

MileSplit U: What are your expectations for your team at the NCAA meet?

Coach Smith: I want the guys to go out and run with poise, confidence and control, especially over the first half of the race.  Then, in the second half, I want them to compete tenaciously.  I am not looking for any miracle performances, just solid, tough running and competing.

MileSplit U: Your team is favorite to win the men's title, how do you feel about your team's chances?

Coach Smith:  I think if each guy on this team can match his best performance of the year, we are a very good team.  I think we have good up-front power in Girma, Tom, and Shadrack and great depth with Shane, Kirubel and Joe.  Shane is a 3:44/8:06 guy, Kirubel is a 3:58/7:59/13:47 guy and Joe was 66th at the NCAA championships in 2010.  That is a pretty good 4, 5, 6.  Then, we have about 4 or 5 other guys that could run as our 7th man and I am confident that whomever we put out there will run in the top 100.  I feel as good about this group than I have about any group leading into a national meet, but we can only do what we can do.  There are some very, very good teams out there and there is so much parity right now and comparative performances have varied so much over the course of the season that it is really hard to know who has the best chance to win.  I think more than any of the last 5 or 6 years, the top 5 or 6 positions seem wide open.  Really, it is going to come down to which teams have the best day on Saturday.

MileSplit U: Coach Smith, thank you for your time and willingness to speak with us. Good luck to you and your team at Nationals!