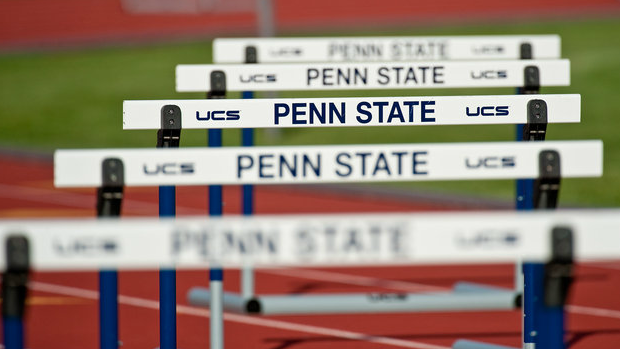 The Penn State men's and women's sprints and hurdles groups are preparing for the 2012-2013 season and are looking forward to making an impact on the national stage with first-year assistant coach Randy Bungard. Prior to Penn State, Bungard spent stints at Corpus Christi, Virginia, Texas, Clemson. He began his coaching career in 1987 at the helm of East Tennessee State University as a volunteer assistant under the tutelage of legendary hall of fame coach David Walker.

The Nittany Lions return five-time All-American Brady Gehret who had an impressive sophomore campaign highlighted by an eighth-place finish at the US Olympic Trials in the 400 meters. Gehret owns a personal best of 45.22 for the quarter.

Check out some footage below from Penn State's power and speed development day.