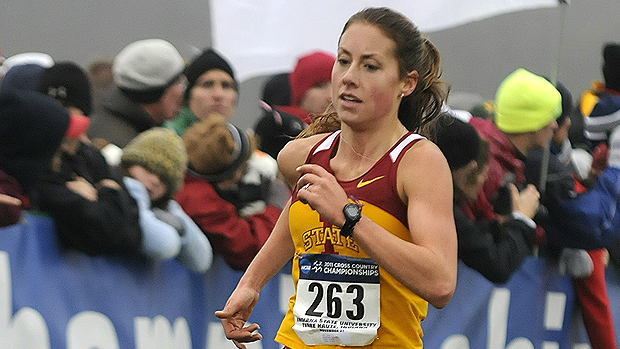 MileSplit U catches up with Iowa State senior Meaghan Nelson for a preseason update.

How did your summer training go?

Summer training went well this year but it was a little bit different since we decided to do the trials. I ended up getting a later start than last year and didn't build up as much base. We were focusing more on getting recovered from the long year I had last year and feeling good before we got started back into things really heavily this year.


What type of mileage did you put in over the summer?
I didn't really get started again till a couple weeks after the trials and then I just gradually have been building things back up over the past six weeks.  I started at about 20 miles that first week back and now I am back up to the upper nineties. 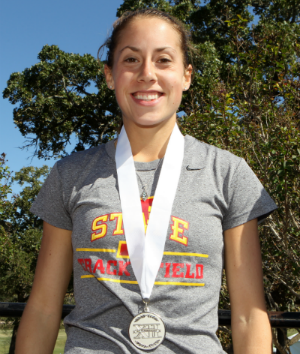 How excited are you about your senior season at Iowa State?

I'm really excited to see what we are going to be able to put together as a team this year.  The program has come a long way since I was a freshman and to have been a part of the growth and successes we have had is awesome and I know there are only more to come.  We have a great group of girls that have put in the work over the summer and that have bought in Iowa State's program and are fully committed and I'm excited to see how that will pay off.  From our number one runner all the way down we're on the same page and working to accomplish some big things this year.


When is your first race?

My first race will be at Griak this year.


What are some of your goals for this season?

Overall, I want to go in and compete for those top spots in all our races.  Last year I didn't really know where I was or what I was doing but I think 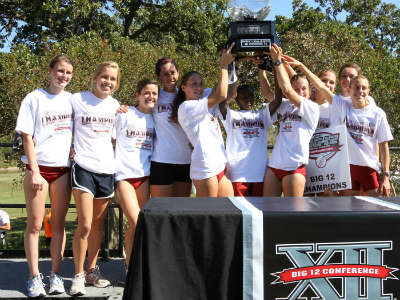 experience will help me to be successful this season and have confidence. I have specific goals like finishing top 10 at nationals but I want to focus more on controlling what I can control so I don't want to get too caught up on the numbers.  If I go in and do what I know I am capable, I'll be satisfied.  Coach has said this year that we need to enjoy the process and that is something I am definitely going to try to do.  Just going in and taking every opportunity, which means a lot more especially as a senior now.  I really am focusing on what we want to do as a team though.  I love how cross-country is about the group and we have an awesome group this year.  We have some big goals this year such as repeating conference and regional champions and then we've also put our minds and focus on going for it all at nationals as well.


What is something your fans might not know about you?

Fans is a funny way to put it because I never really considered to have any so there are probably a million things people don't know about me because I don't think I'm followed that closely but one thing that I am probably overly proud of (and which is appropriate since Fall is approaching) is that I make a very good pumpkin pie.  I make a bunch of pies for Thanksgiving every year including apple and also tried making a pecan pie for the first time last year and it was pretty awesome too. I always make a couple pumpkin though..it's my grandma's and mom's favorite as well as mine.


Do you get pre-race jitters? If so, how do you overcome them?

I don't get too nervous before races.  I feel like I'm usually pretty calm before and I try and keep the mood light for the team as well... this is what we do and enjoy.  I don't want to be the person that gets really worried if something doesn't go to form or if it is a really big race because I think that can hurt you when it comes to the race.  I just try and go with the flow of everything. I know what I have to do and that I'm going to do it regardless of how I feel so why worry about it? : )


If you could choose, how would you end your college career?

Goodness, well if we could choose we would all want to be the best and have our team be the best in the nation but I can't really control that.  I don't know how this year can or will end yet even, I don't know where I will be yet.  I know I can improve upon last year but what exactly that will be, I don't know.  I do know that if I take advantage of all my opportunities though and accomplish what I think I am capable of at the time (and maybe a little more on a good day) then I will be happy with how I have contributed and represented my team and Iowa State in my five years here.