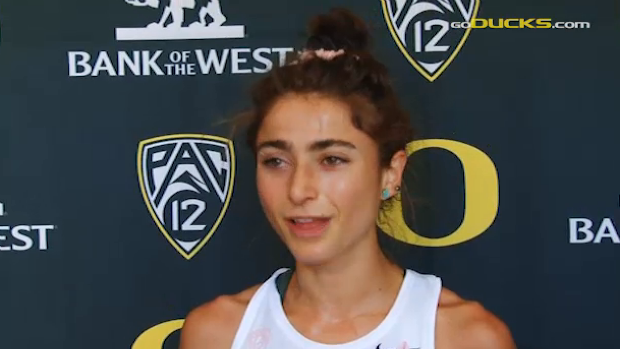 Alexi Pappas made her presence known in Saturday's Bill Dellinger Invitational. The Oregon redshirt senior captured her first victory as a Duck, winning the 5000-meter race in 16 minutes, 23 seconds.

Her performance helped the No. 3 University of Oregon women's team claim first place and earned her this week's MileSplit U Women's National Performer of the Week award.
Pappas, who starred for three years at Dartmouth, before transferring to Oregon, was one second shy of equaling the course record set by Sheila Reid of Villanova in 2009.

Pappas finished ahead of former Washington standout  Christine Babcock by nine seconds (16:32), who competed unattached. She completed her bachelor’s degree at Dartmouth, and is now pursuing a master's degree in interdisciplinary studies while completing her final year of eligibility in cross country and indoor track and field.